EMI Group Limited was a British transnational conglomerate founded in March 1931 in London. At the time of its break-up in 2012, it was the fourth largest business group and record label conglomerate in the music industry, and was one of the "Big Four" record companies. The former headquarters are now being transformed into a museum for the people to enjoy.

JUST A FEW WORKS was invited by the lead agency, NEW.AGENCY, to create a temporary art exhibition surrounding the constructing site. NEW.AGENCY invited Sergei Sviatchenko to immerse himself in the world of The Old Vinyl Factory, and create a response to the rich history and heritage he discovered there. The result is a series of collages that playfully interweave archive imagery to create engaging compositions that each celebrate the innovation and industry that was central to this very special place.

The result transformed the constructing site from an ugly spot in London to an urban space thriving with life and good vibes. 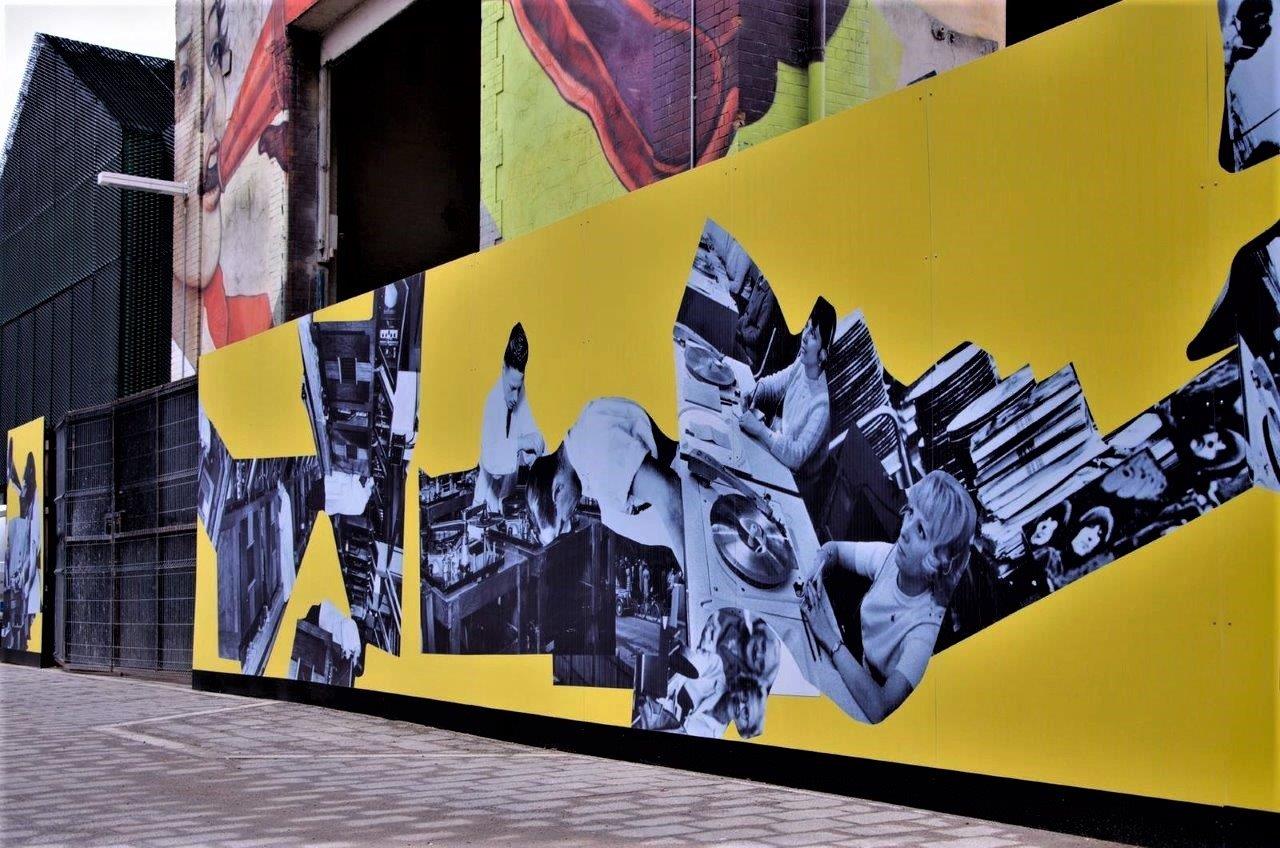 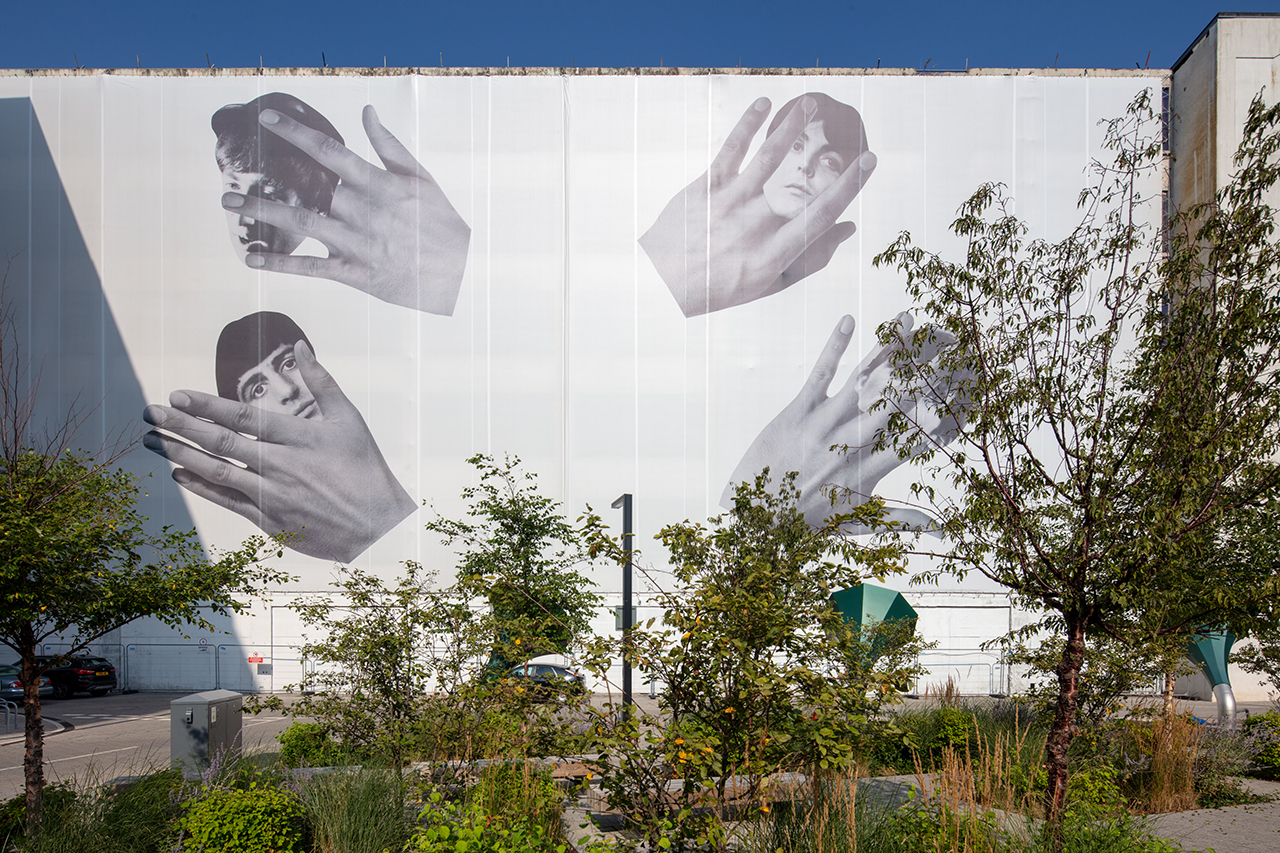 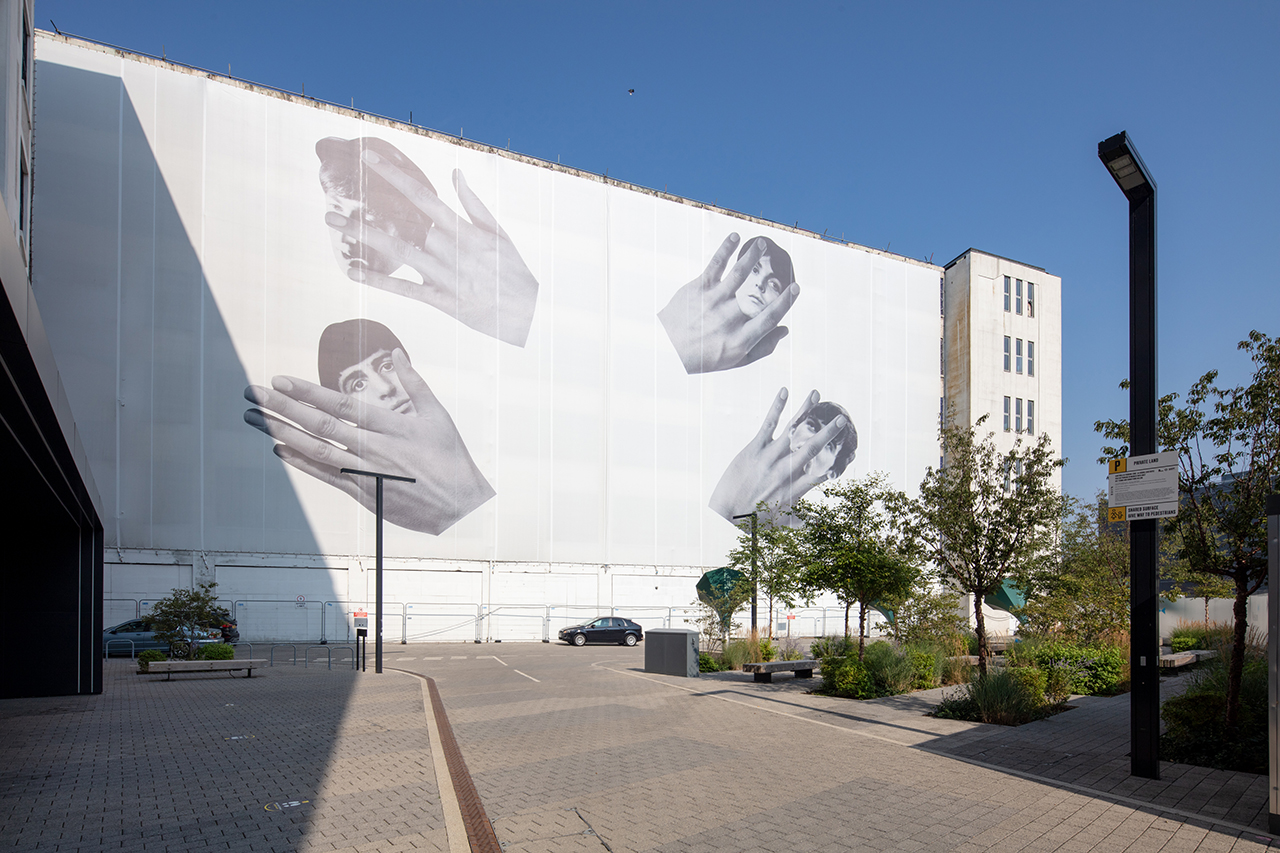 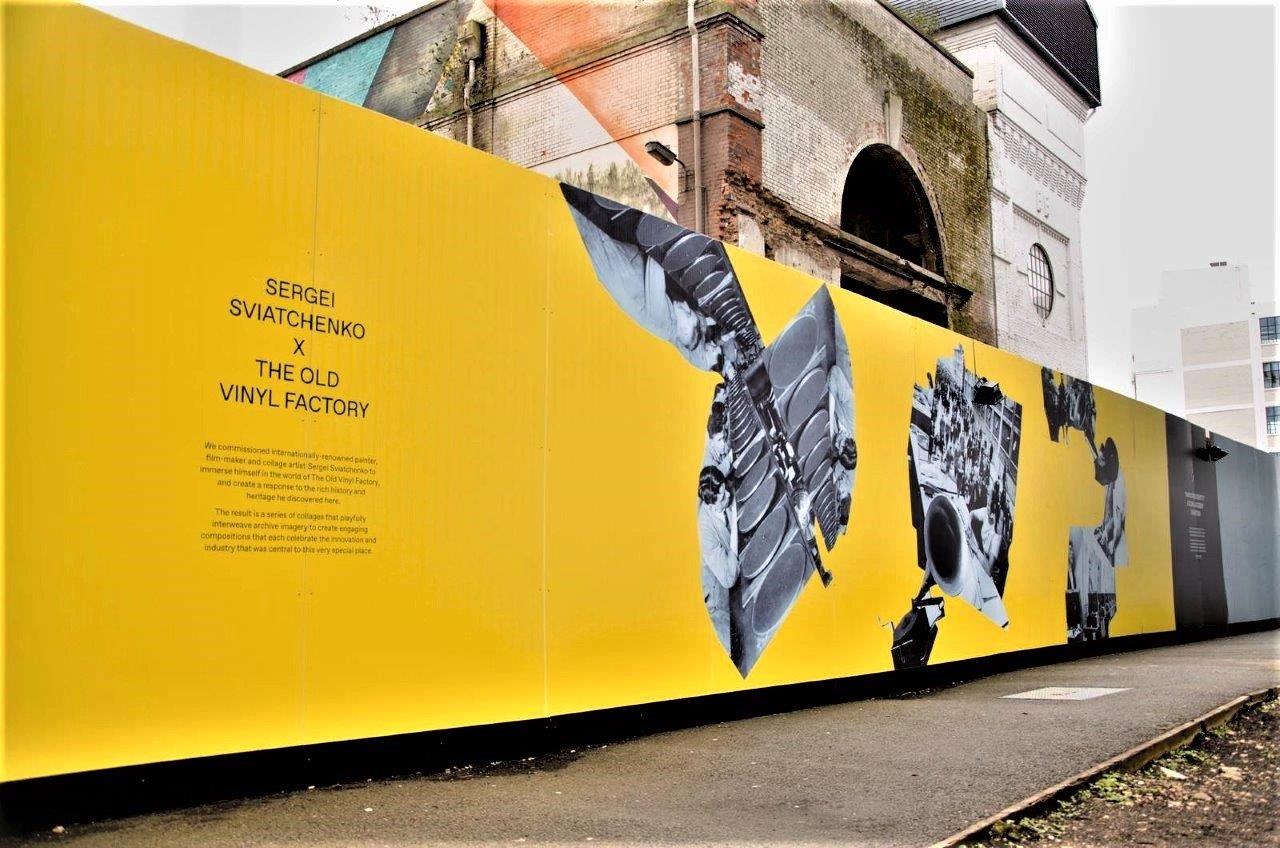 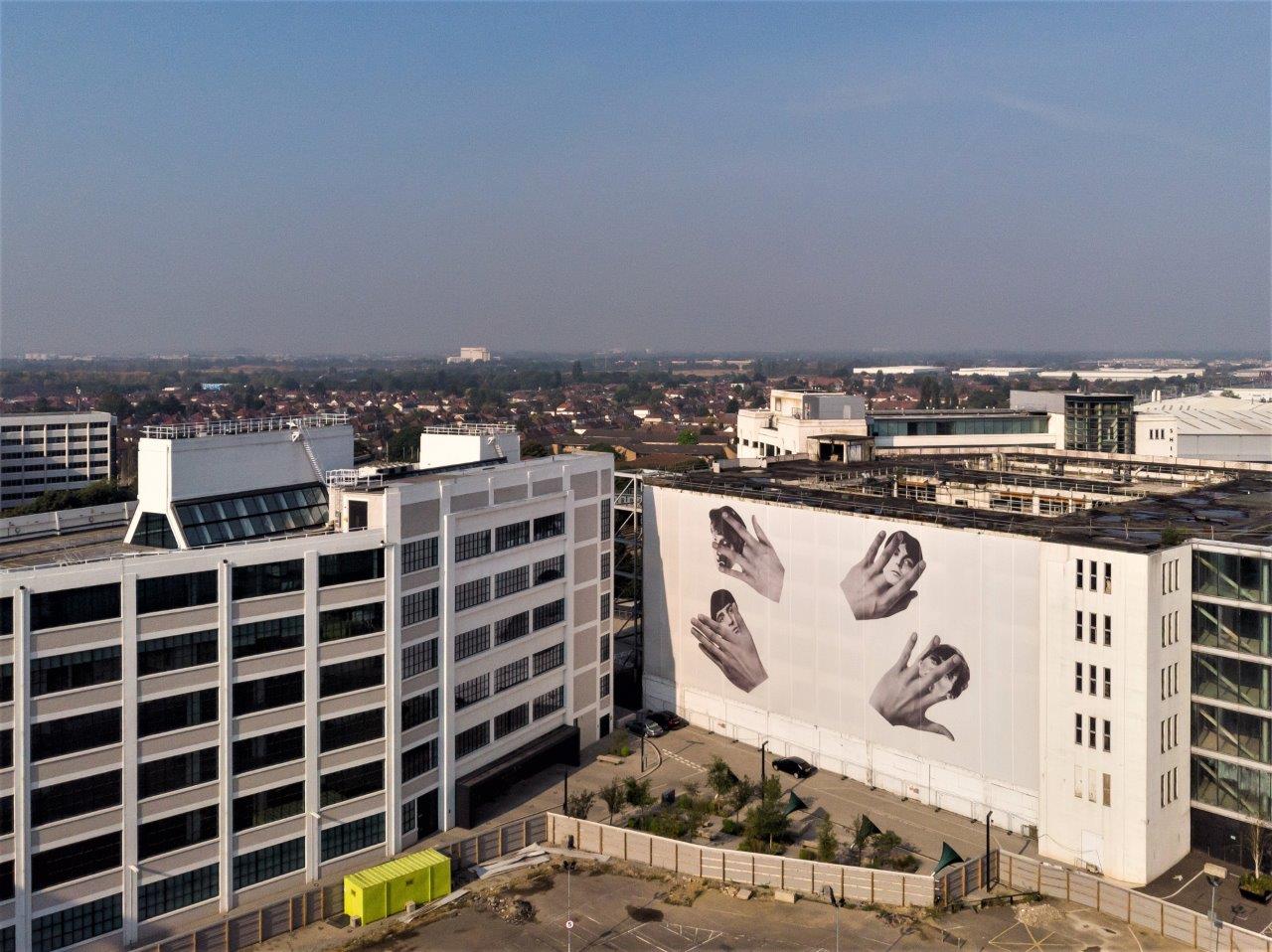 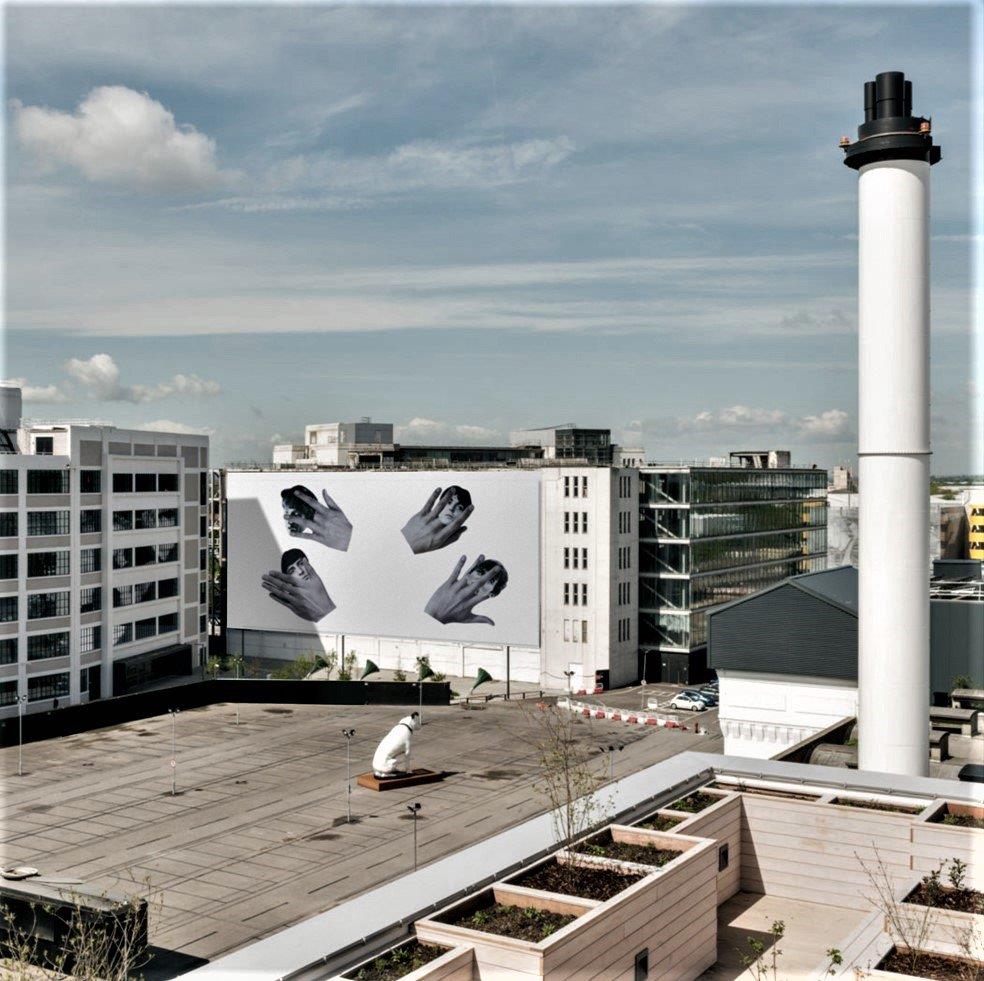 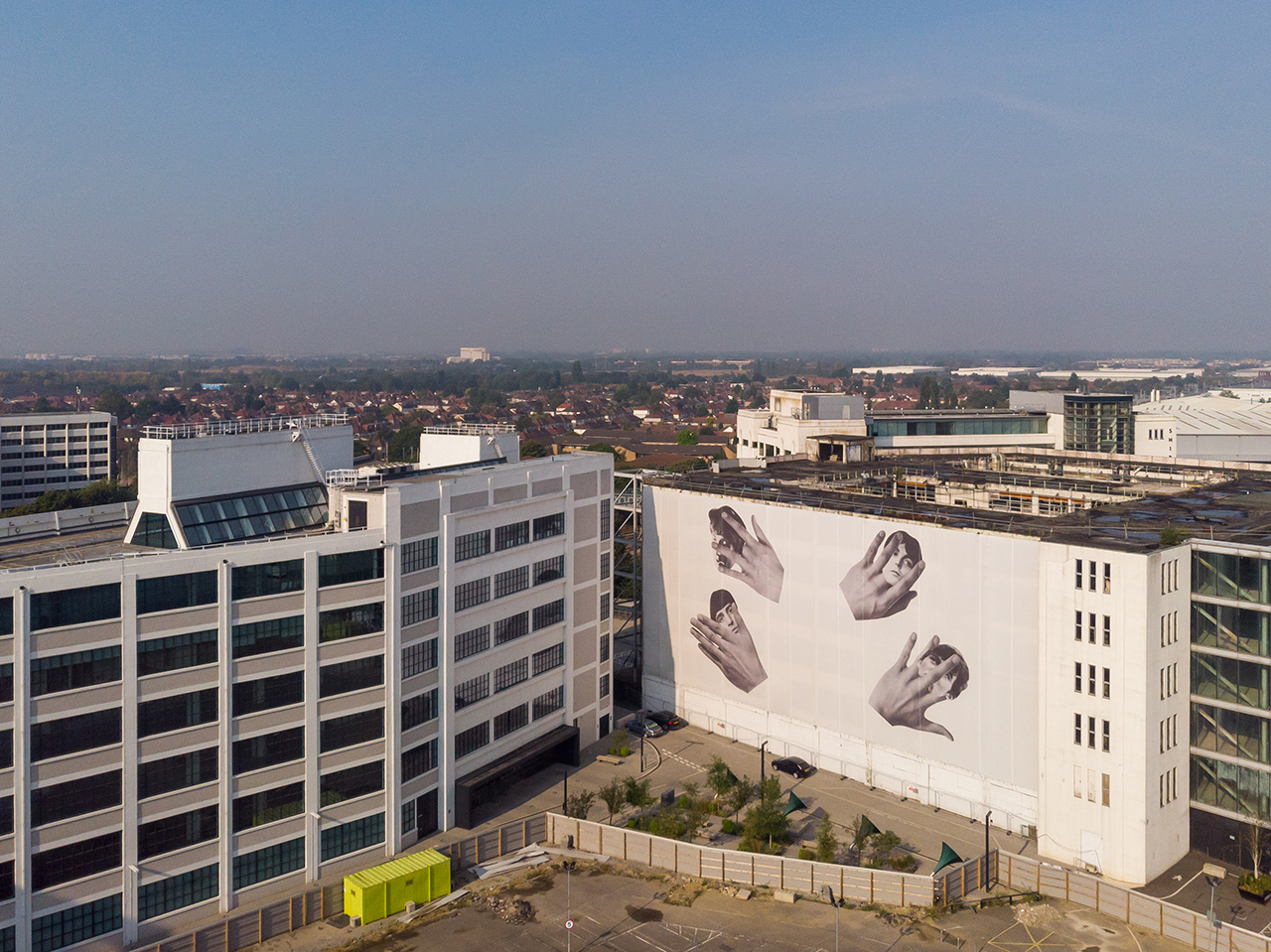 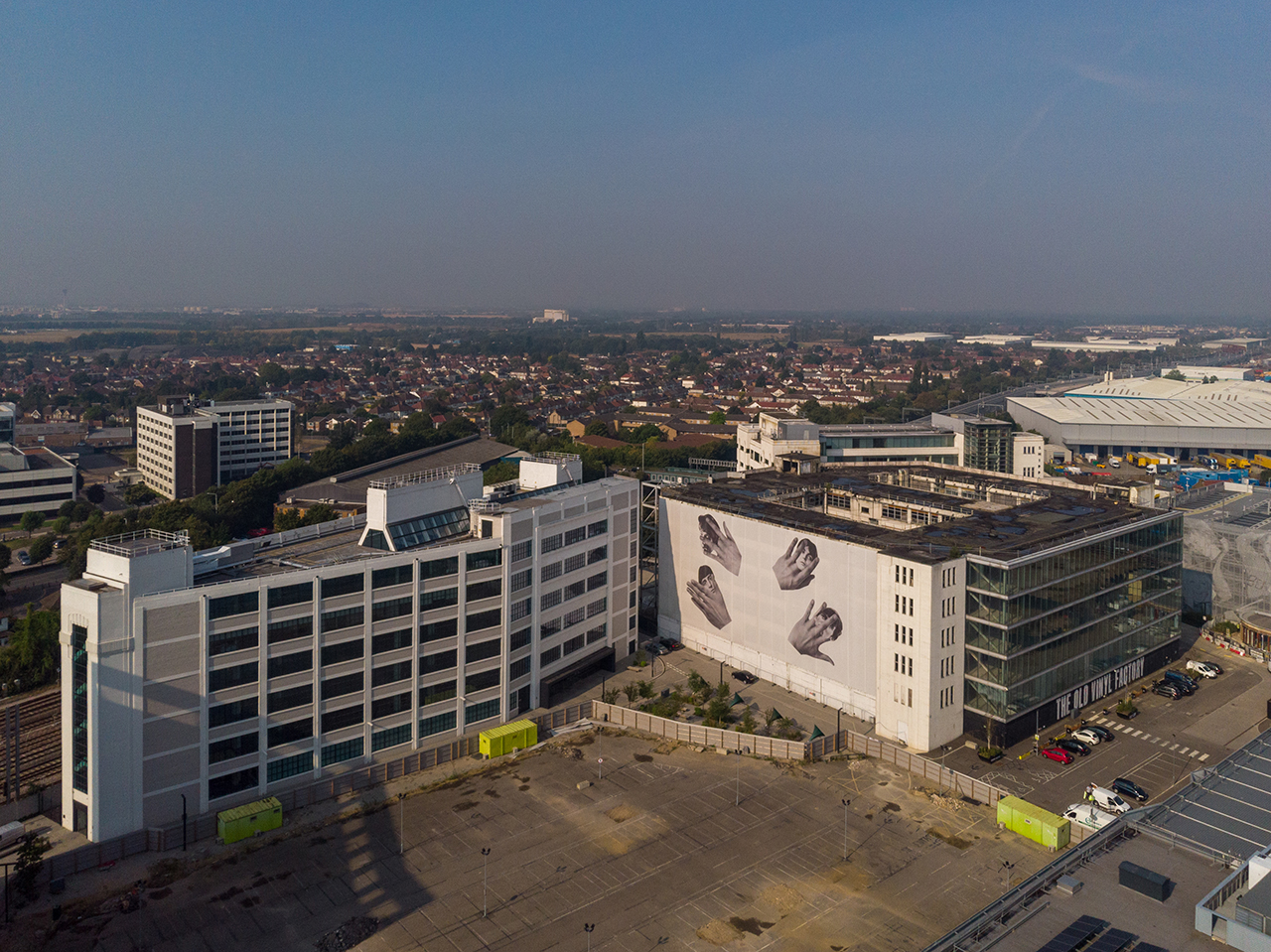 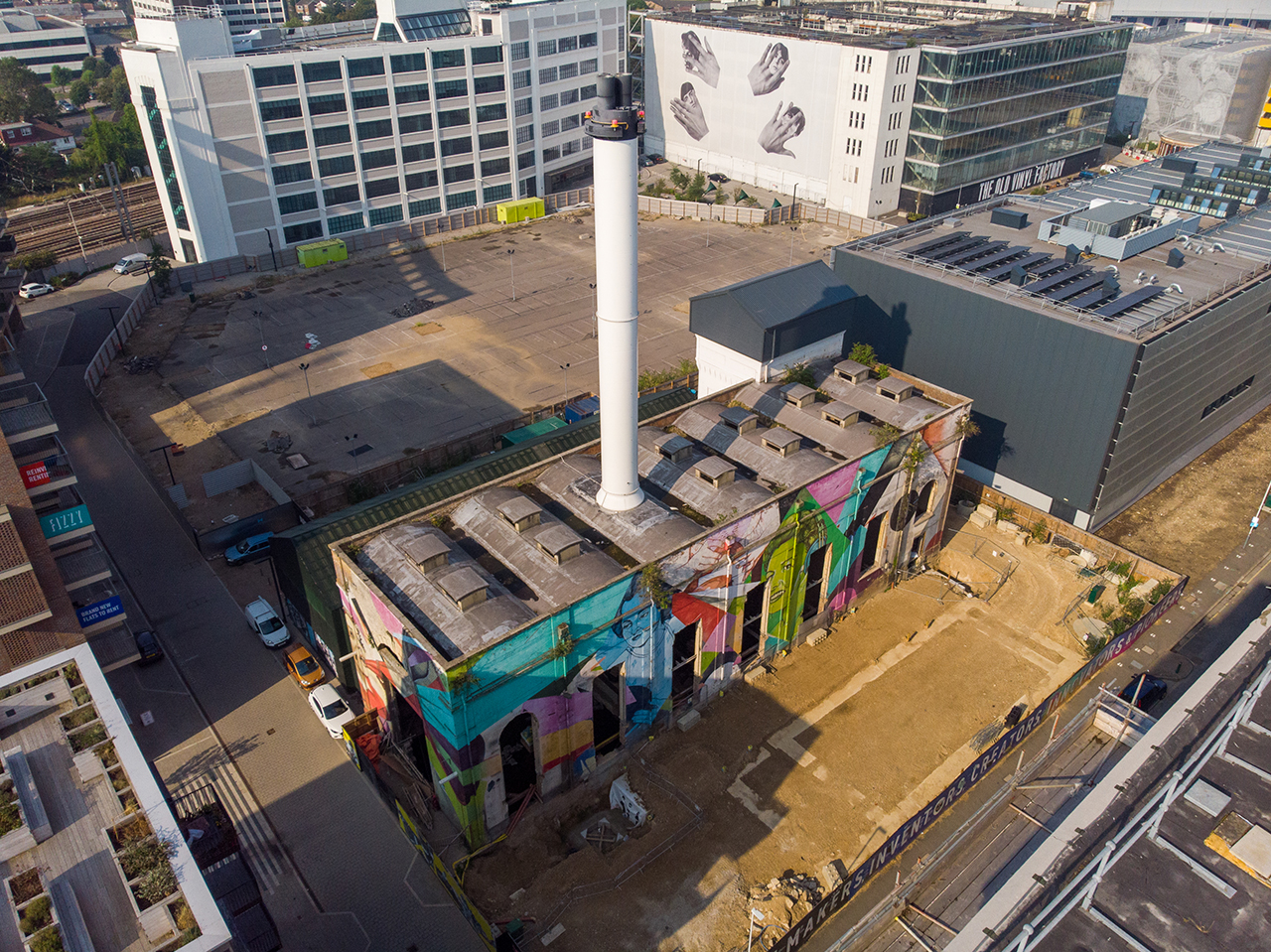